WInnebago Man: From VHS to YouTube to Cult Hero 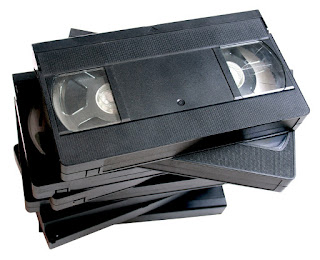 In 1988, a Winnebago Salesman named Jack Rebney went to shoot some promotional videos promoting the features of the new Winnebago Itasca Sunflyer models. It turned out to be one of those days when nothing goes right. Rebney had to do numerous retakes and expressed his frustration in outbursts that would make a sailor blush. Little did he know that the cameraman would keep these outtakes, and pass them to a friend or two on VHS tape.

But what happens to Viral Video Stars like Rebney? Filmmaker Ben Steinbauer set off to see if the Winnebago Man could be found, and to learn what happened to him. The result is a full-length documentary film that premiered at SXSW and released in 2009. You can now see the whole bittersweet story of what happened to Jack Rebney by watching "The Winnebago Man" - (It's on Amazon and Netflix!)
Posted by DrNick@Nite at 6:06 PM No comments:

Over the summer I took a course on the films of Alfred Hitchcock from Ball State University and Turner Classic Movies. Did I find something that tied into our approach to new media? You bet your Bates Motel I did! Here is a mini-presentation I gave during the Fan Panels in the course. Note the principles in common with our course discussions on "What Makes New Media NEW."